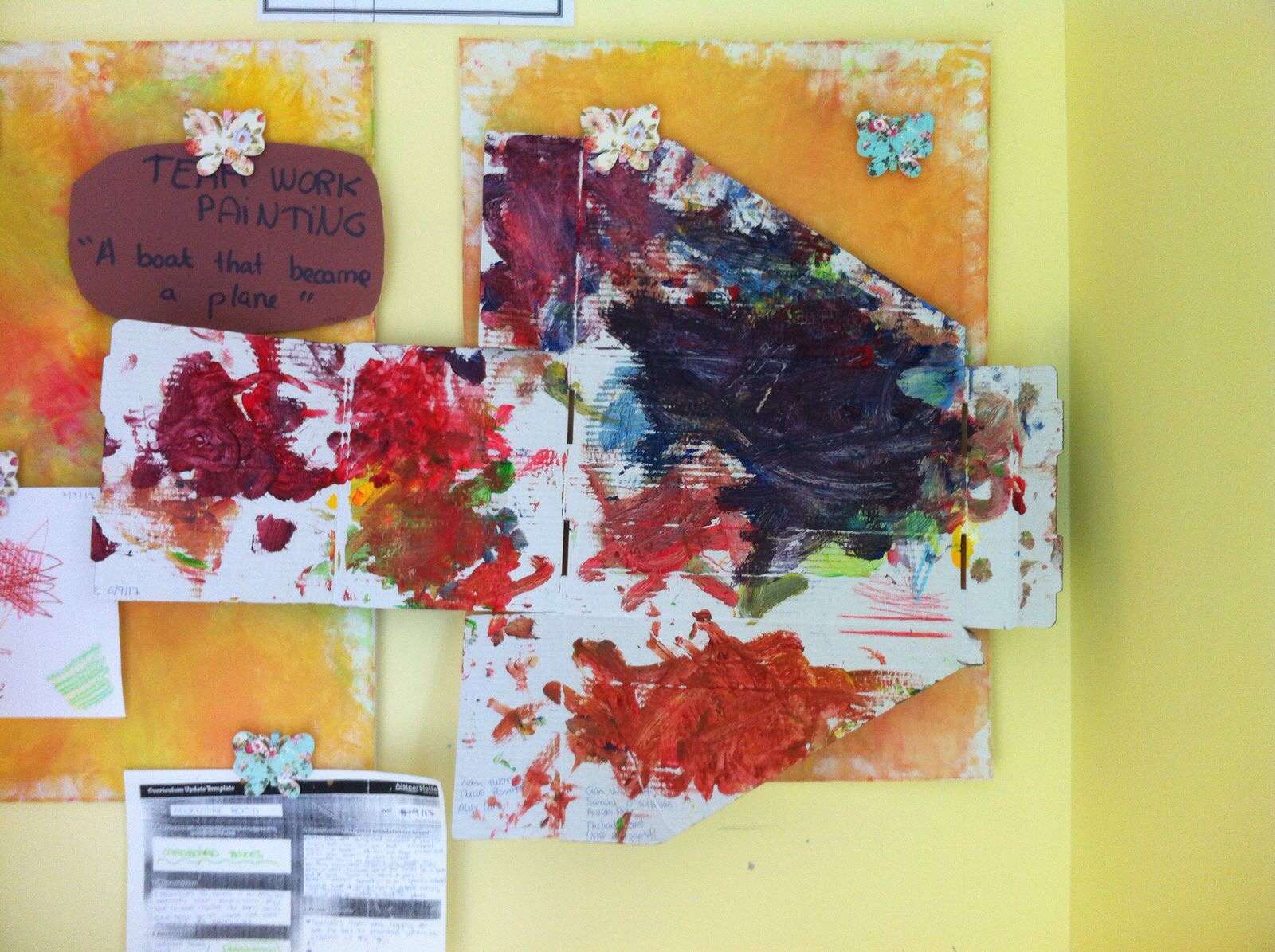 Exploring Room
We wandered outside and found a big muddy puddle next to the sandpit. Cillian and Jacob mad a dash to splash in the water with their feet. Then Killian saw what great fun was being had and decided to sit down in the puddle. We gave the boys a few cups from the kitchen which they used to pour the muddy water on the ground. They realised quickly that the water was sandy as well as muddy. After a while Cillian got a brush to get the water out of the puddle. He then realised that the mud could be used as paint with the brush. What a great idea! Thanks to Cillian we all had great fun mud painting the next day. Keitometse’s Dad commented that he loves Peppa Pig when she is playing in the mud.

Discovery Room
One evening last week the children went on a treasure hunt around the natural outdoor area. Conor went over to the railing with Peig and found some blackberries. They washed and tasted the blackberries and said they were going to hunt for more the next day.
The next day we took out lots of buckets for the children and they worked together in the hike area. They moved over some wooden reels to make it easier to reach the blackberries. When the buckets were full we bought them inside and washed them in the sink. Then the most important bit … sampling their treasure. Next up was building a house using pallets and the wooden reels. THE children decided to make paint with the berries, squishing them and using mud too. The berry and mud paints were used to cover the tree house and some mixed it with sand, grass and water to make ‘cement’ for our deck.
Peig’s Mum told us she loves berries while Ruby’s Mum commented that she will need more spare clothes with all the adventures she is going on.

Adventure Room
Some of the children spotted Elena leaving boxes on our recycling shelf and asked for them to be brought down. The children sat inside and moved forwards and backwards. While the children were moving Elena started to sing ‘Row, row your boat’ and some children said ‘ A boat’. Liam then announced he wanted a boat. Elena suggested they decorate the boat by painting them and everyone joined in. Michael opened the sides of the boat and said it now looked like a plane. Others joined in and they decided to venture outside with their plane and look for more planes. Samuel’s Mum was very happy when he showed her the box he painted.