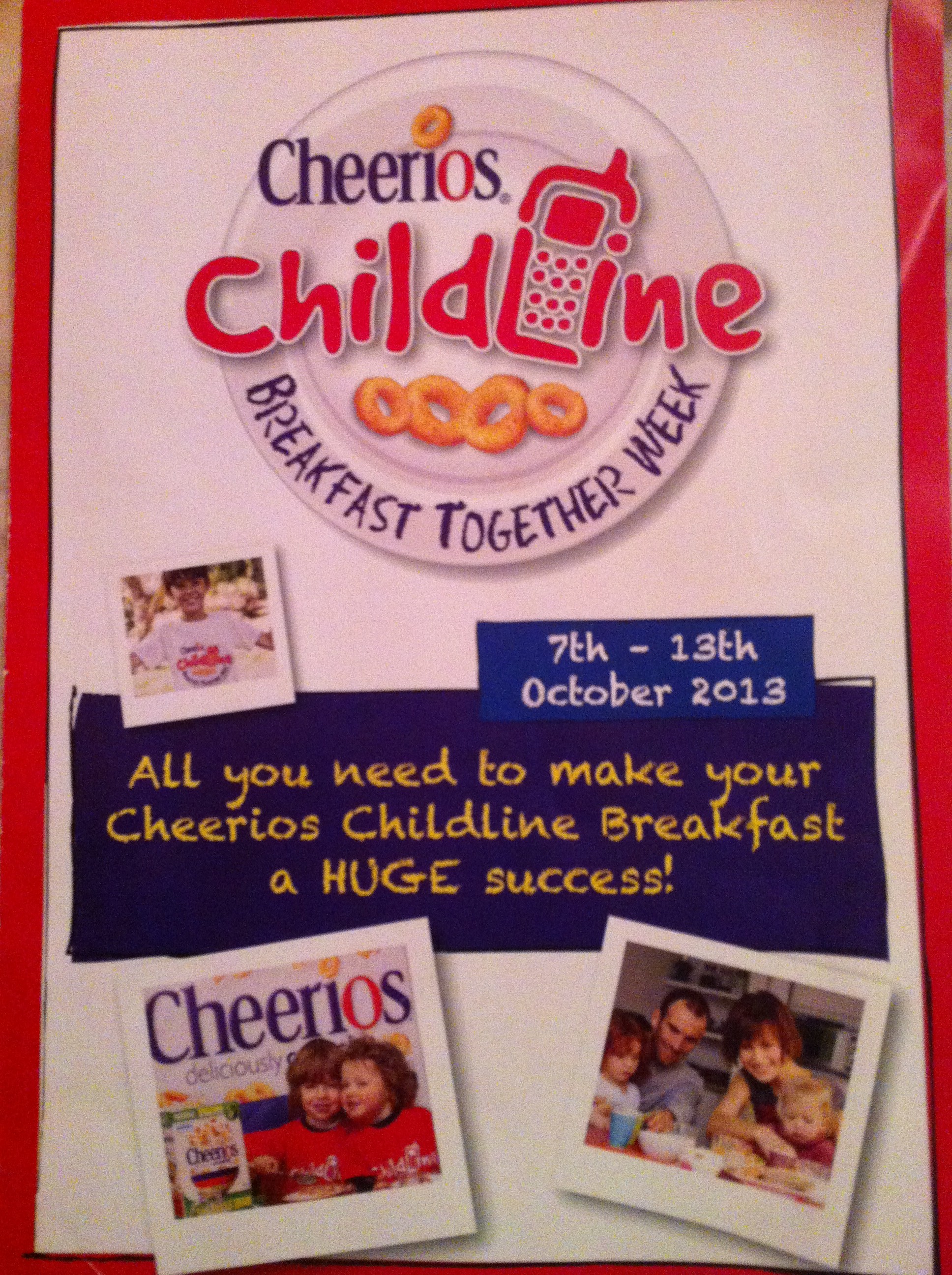 The Cheerios Childline Breakfast Together Week took place from October 7th -13th 2013. Childline has been listening to Ireland’s most vulnerable children for 25 years. Childline is the only 24 hour listening service for children in Ireland. In 2012 Childline received 771,301 calls from children. Due to lack of funding it was only possible to answer 510,003 of those calls. 261,298 calls were left unanswered.

In Crawford Childcare we believe that every child should be listened to. To show our support for Childline we organised a breakfast on Wednesday 9th October 2013. There was a party atmosphere at Crawford and breakfast fun run through the entire day. The children, staff and even some of the parents wore pyjamas to join in the fun and show their support. Tea, coffee and breakfast nibbles were offered in reception for parents as they headed off to work. The children had lots of breakfast treats throughout the day. These included croissants, brioche, muffins, grapes, strawberries, mandarin, a variety of cereals, toast and juice.

We played a lot of Cheerio themed games. These included guess the number of Cheerios in a bowl for the parents and staff. Krystov Miz came closest with his guess of 2,500 and won a bottle of wine! The actual number was 2,400. The children played at balancing Cheerios on the end of their noses and Hunt the Cheerio box. Everyone had a fun time as well as a yummy breakfast! It was great to get a visit from two of last year’s Montessori graduates too.

At the end of the day money collected was counted and to our delight we had raised 368.74 euro. Many thanks to the children, parents, staff and Amber Mayfield Petrol Station for your support and genorisity!

Our next party date for your diary is Thursday 31st October 2013 – HALLOWEEN. Children and staff are encouraged to wear Halloween costumes for this. More details to follow. Be prepared and learn one of our Halloween action songs. Actions are shown in brackets:

Next week we will be looking at what is happening in each of our 3 rooms. Remember to let us know what you would like to hear about in future blogs.