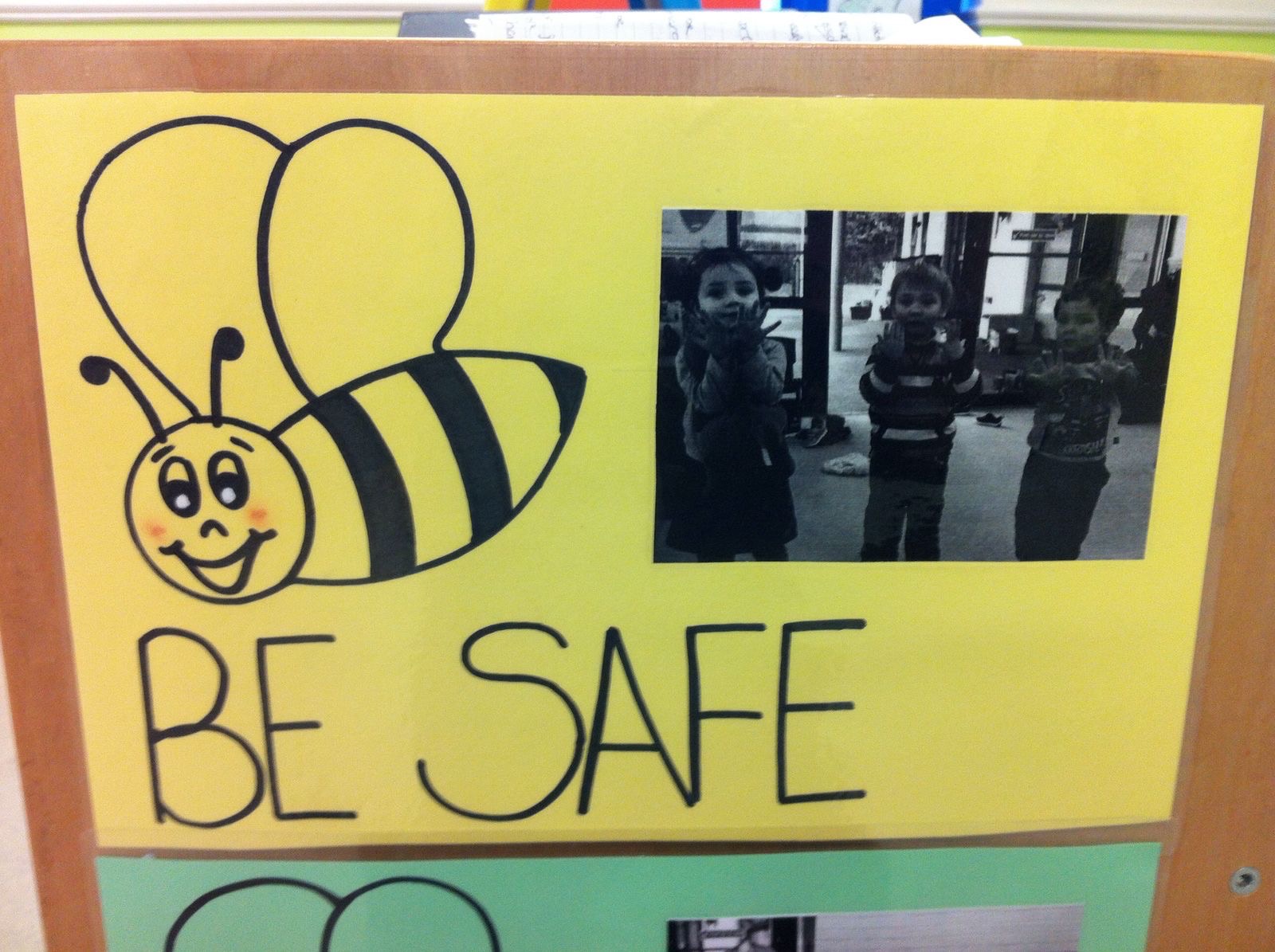 Last Monday we were making playdough and decided to make it wetter than usual. The children gathered around the table eager to start playing with the dough. However, they were surprised to see it was not what they were expecting! This dough was wet and sticky. This made for a new play experience as the children experimented with the wet dough, touching , feeling, pulling it and generally creating a big mess! One parent commented’ I must start giving him playdough at him as he’s having so much fun playing with it here every day’.

Last week we felt the need to have our room rules so we  introduced a new book called ‘3 Bees’ which talks about the rules to follow at school. We created a Bee’s wall with some pictures of the children doing the 3 signs,

Some children started going up to the wall by themselves recognising the rules or signs. Tom’s Mum said they say the rules at home now and they all understand what they are about. Conor’s Mum was interested in knowing the signs for each rule.

This week the children had fun playing with diggers that we added to our classroom. Amelie mentioned that she would like to make her own digger and we discussed what materials we would need. Luke suggested a cardboard box so we gathered different sized boxes and Amelie got to work making her very own digger. Some of the other children got creative with the boxes too and made different things. They began colouring, cutting, gluing and sticking. Luke decided that instead of making a digger that he would like to make a rocket. Olivia decided to use some of the cut up cardboard to make a super hero mask. By adding different materials to the classroom the children can continue to get creative. Some of the parents commented on how talented the children are at arts and crafts. One of the parents said that Amelie and Robyn’s diggers were super.