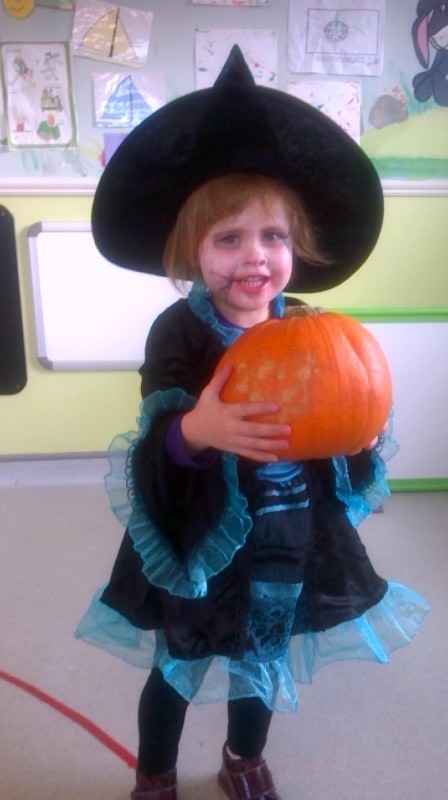 We all had had a busy time last week dressing up for Halloween. It was great to see all the different costumes and the bright colours. All the children were delighted to show off their outfits to their friends.
Dress up and role playing is an important part of child development in Crawford Childcare in Glanmire. It helps children develop all five areas of development such as their physical, cognitive, social, emotional and language. Dress up allows the children to dress up as their favourite superhero, princes and princesses, fairies or even every day workers such as doctors, nurses, firemen, or gardai.
Dress up allows us to see the child’s imagination at work and how they view the world around them. Their cognitive skills at hard at work during role play as they are trying to understand how the world works. Often young children associate a doctors job as giving you medicine and making you feel all better.
Role play allows children to develop their language skills as they communicate with their friends and adults. Children tell stories of their ideas and opinions as they are acting out the roles of the character they have dressed up as. Also from playing with adults children get to learn more about the different roles of peoples jobs. This can include describing a trip to the doctors or that firemen help people as well as putting out fires.
From developing their communication skills children learn to bond with peers over mutual interests. Children also learn how to share and problem solving skills by mixing with peers and dealing with small issues that arise during play. Role play can also develop their confidence. Confidence is brought about in children by the realization that they have the ability to be anybody they want in this life and accomplish anything they desire.