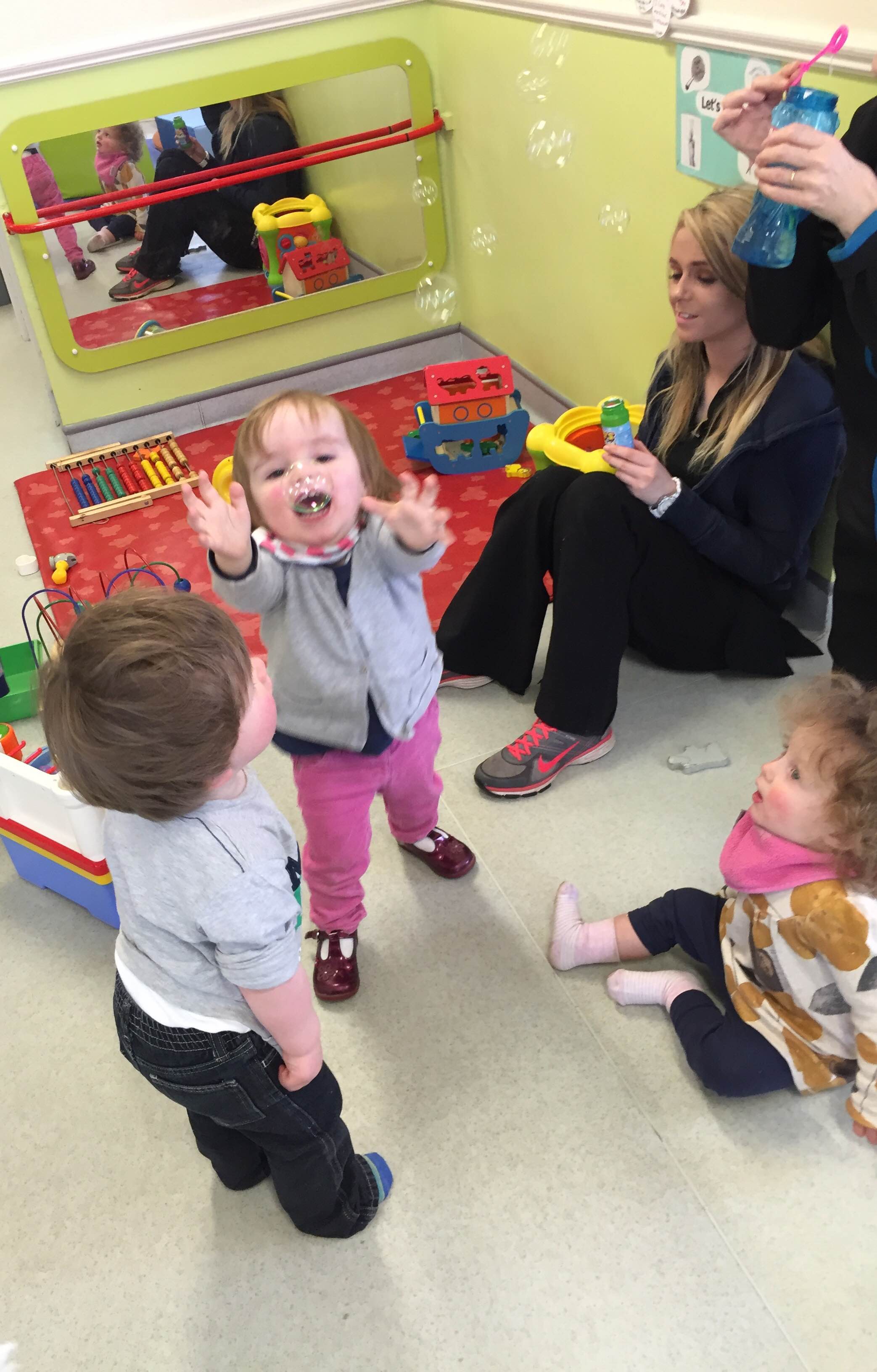 Bubbles are magical and fascinate children and adults alike. We love them at Crawford Childcare.
Recently Tara was blowing bubbles and some of the children gathered around. This was the first time that some of the youngest children had experienced bubbles so it was very exciting.
Emma, Leon and Ruby were the first to go over to explore in the big cloud of bubbles that Tara had created. Tom and Ethan were more reluctant as they sat nearby watching the other children exploring in the bubbles. As the bubbles floated around the room some of the children began to get very excited and started to jump up and down saying bubbles bubbles!
The children that were experiencing bubbles for the first time were not sure at first but once they found their feet they were fascinated and amazed.
Emma appeared to really enjoy the bubbles as she would jump up and down to catch the bubbles and she screeched excitedly when doing so. She had a smile on her face the whole time and got very giddy as she interacted with the other children running around trying to catch the bubbles. She was having a blast with all of the children and was lost in all of the fun. She showed a lot of emotion during this activity and really allowed herself to be free! She had the heartiest of laughs and we had never heard her laugh like that before. She held hands with other children as they ran around to chase the bubbles.
Some of the children clapped their hands together trying to burst the bubbles and when they did burst them some would say pop!
During the bubble play the children were bending and flexing their muscles as they reached up to catch the bubbles and ran around using lots of energy. Bubbles are so much fun to admire, catch, chase and pop we will be blowing lots more!