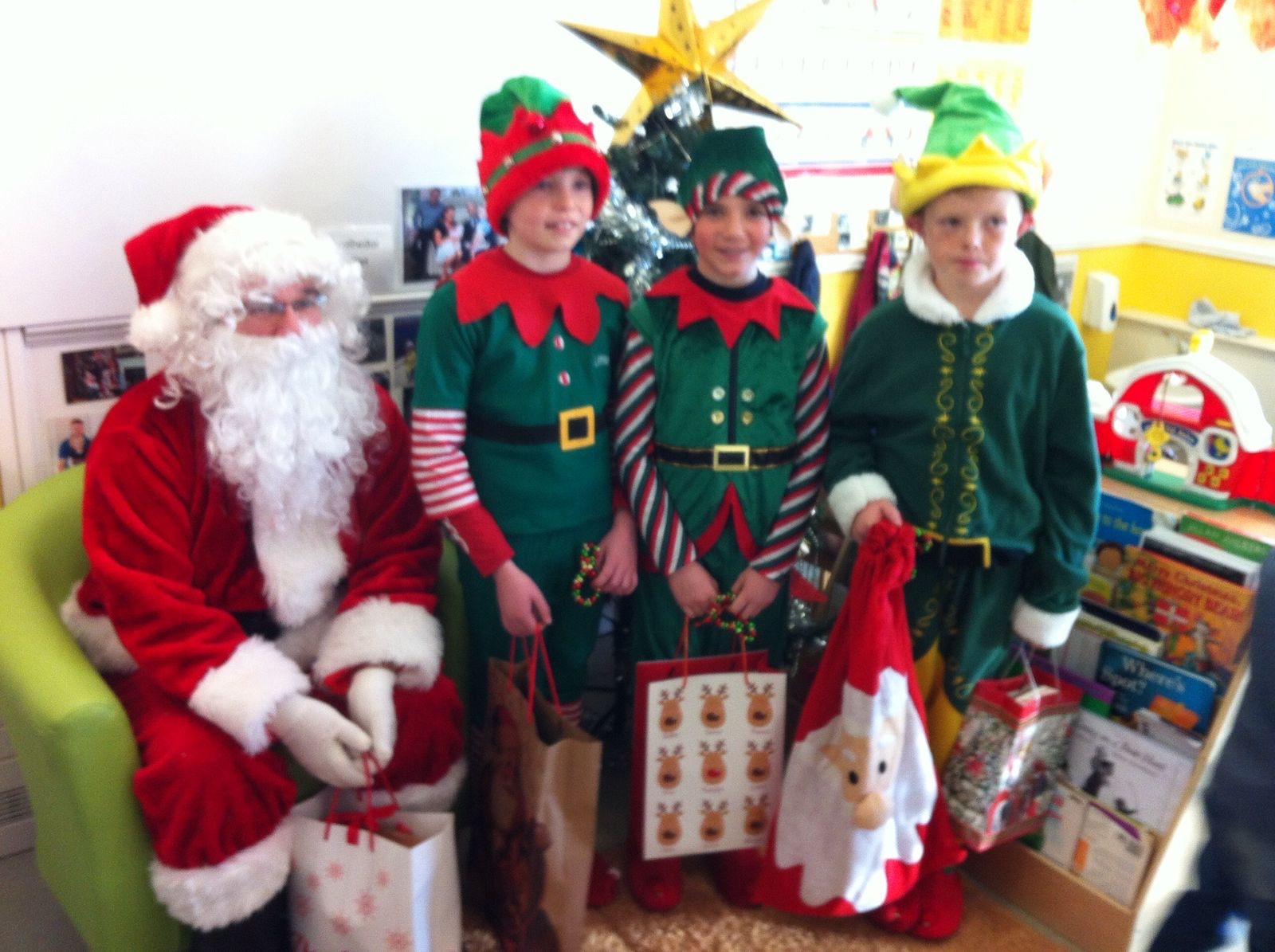 Discovery Room
It’s Christmas week and what a busy one! The children have been talking about Santa and some even had a home visit from him. Tucker recently went to Robert’s house for the weekend and he brought a Christmas present in for Tucker which they opened together. On Wednesday night the children performed their show ‘Christmas Around the World’ for their families and it was a great success. After the show we a had a party for everyone and some parents kindly brought in some treats.
On Thursday Santa and his elves came to visit and the children sang some Christmas songs for him. Some parents got to meet him too and said the children were very excited about his visit

Exploring Room
This week the Exploring room children were invited to see the Discovery room show ‘Christmas Around the World’. They were really excited to going into a new room and really enjoyed the songs and music. Parents thought it was a great idea and a lovely experience for the children in the Exploring room.

Adventure Room
There was great excitement about Santa coming to the crèche and even more so when the children heard they would be going into the Discovery Room to see him. Some children were nervous about meeting Santa initially but were happy once they saw him! After seeing Santa we all went back to the Discovery room and opened our presents and had a Christmas party. Parents were delighted to hear all about Santa and his elves.