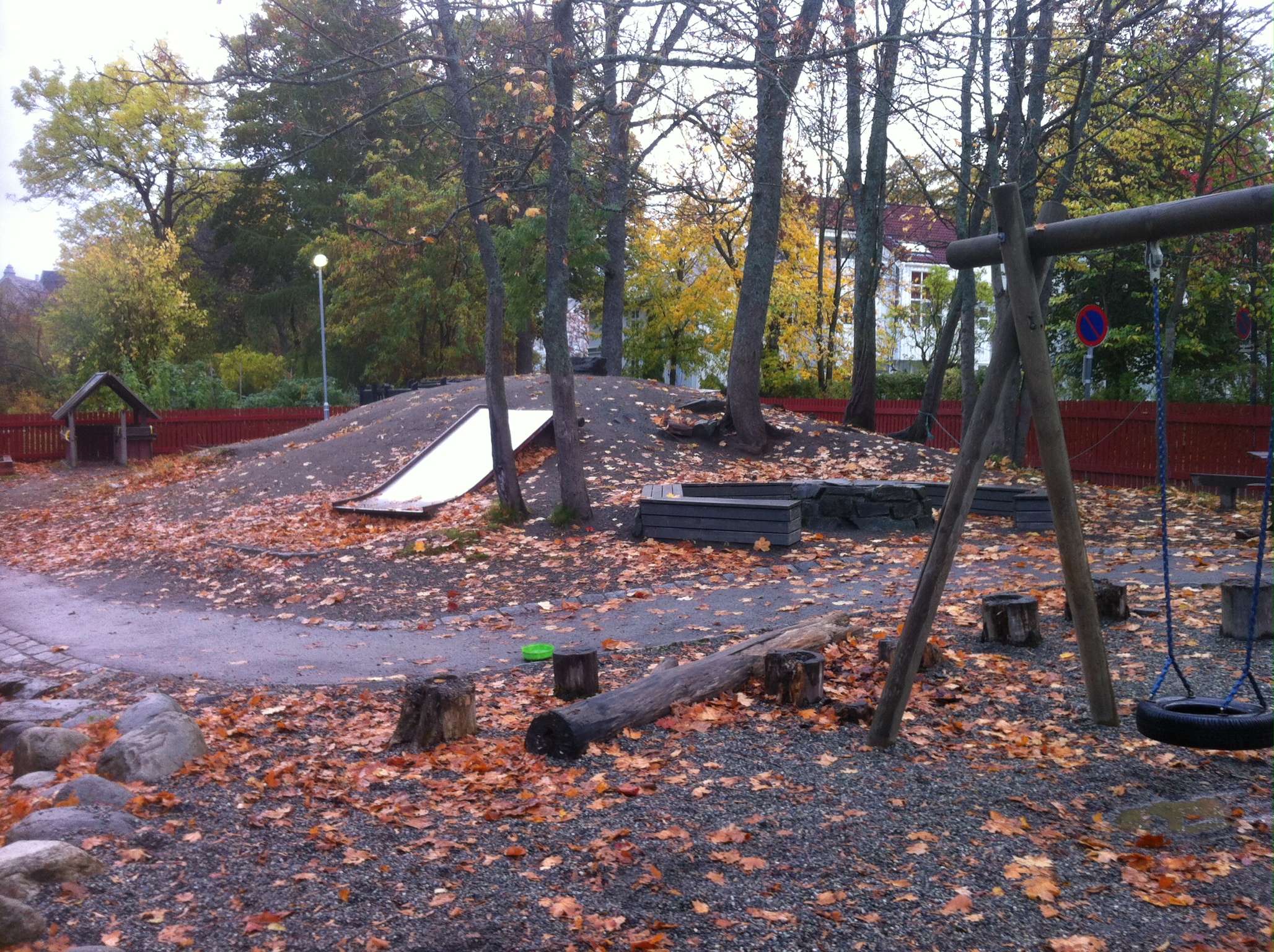 Our day begun after breakfast at 7am with a walk through Trondheim to Bakklandet Barnehage. A direct translation for barnehage is child garden. Many of us are familiar with the term kindergarten but in Norway barnehage is the term used for any type of childcare for children aged 0 to 6 years.

Features of the barnehage we visited included low ratios, small groups, free access for the children between rooms, basic equipment and a large amount of time spent outdoors. The atmosphere was relaxed and unhurried. The teachers referred to as the grown ups participate in children's play rather than directing the play through structured activities. There are no inspections which list compliance or non compliance instead the municipality may set objectives which they support services to implement along with the occasional hygiene inspection.

Much of the cost of childcare is through government funding as every child over one year living in Norway has the right to attend a barnehage. Interestingly barnehages are closed over the entire month of July. Each barnehage is run by a pedagogical teacher. Further subsidies are given to services mentoring students. There were two men working in the setting. Men in childcare currently rates nationally in Norway at 19% which is far higher than in Ireland. The recognised ideal being 50%.

After visiting the barnehage we visited Queen Maud University College for lectures and sharing of philosophy on child care and education, the Norwegian framework, risk management and risky play.

The love of nature seems embedded in the Norwegian culture. It is recognised as bringing inner peace as well as physical activity. Learning about plants, flowers and fauna, appreciating beauty, enduring hardships through meaningful and challenging opportunities are all offered through nature.

We explored risk vs hazards. Acceptable risks are seen as those which the children are able to manage themselves. A child therefore should be allowed to climb a tree with the belief that if he got up himself that he will be able to get down.

Norway is growing in diversity with immigration. Minority groups such as the Sami are also given consideration and respect for their beliefs. Children do not start formal schooling until they reach 6 years and the framework for learning is set out in legislation.

The psychology of children needing risky play was explored including the need to live in the moment, being close to life and seeking an adrenalin rush. Risky play may have an anti phobic effect on natural fears and phobias, lead to gain in courage and the development of a realistic and sound sense of the actual risk. Children's play is progressive therefore the child should be allowed to set their own limits.

A very full day ended with a group reflection and a special visit to Egon Tyholt Tower - a revolving restaurant.