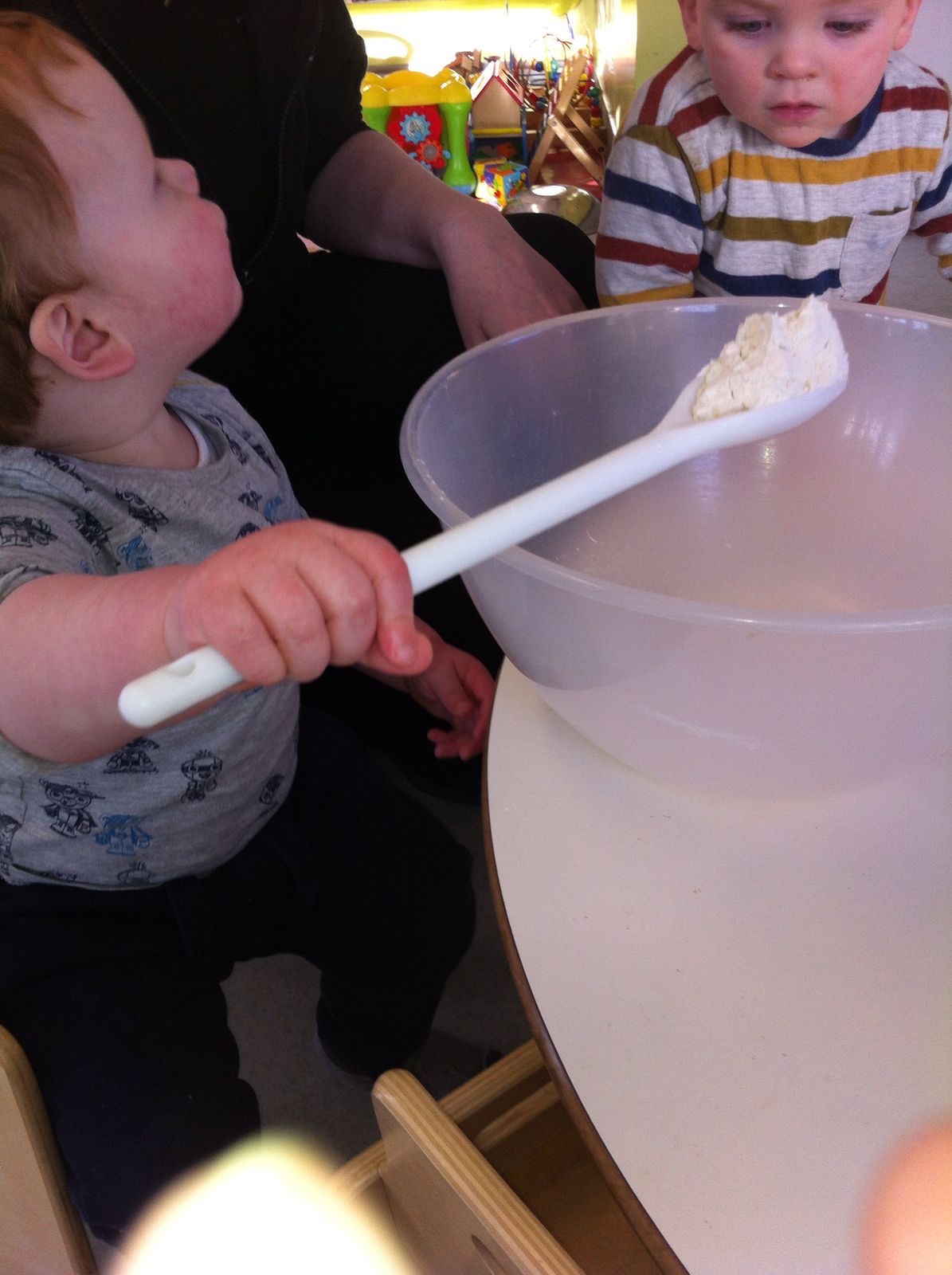 Last Thursday in the Exploring room the children got to make their own playdough. All the ingredients were laid on out the table for our enthusiastic team. We guided the children on how to progress by allowing them to put in the flour, salt and cinnamon into the bowl. They then added some oil and enjoyed stirring the ingredients before adding some water. They learnt how to stir with the spoon and knead the play dough. Elsie’s Dad thought it was great she was making playdough.

In the Adventure room we observed the need of the children to paint on other surfaces and with other tools using different shapes and textures. We gave them the option to paint with plastic shapes and to paint cardboard rolls and pieces of cardboard. To begin with they felt strange painting on cardboard because of the texture and colour. Also, the rolls proved tricky as they kept moving! At the end, they loved it and enjoyed the new materials. Robyn’s Mum liked the shapes stamped on card, while James’s Mum said she likes to see paint stains on his clothes as that means he had fun and did something interesting. Thankfully it’s washable.

Last week children in the Discovery room spotted some branches that fell into our camp area while the gardener was trimming them on the other side. James and Robyn decided to collect some of the branches and a discussion ensued as to what they could do with them. James suggested making a tent which was met with much approval from Mia and Olivia. They helped James placed the branches into the ground to make the walls of the tent. James suggested using plastic sheets for the walls and Robyn said they could be tied with some rope. It took two days to complete and some of the children were concerned that it might blow down overnight. When they came in the next morning they rushed over to the window to check on the tent. Thankfully it survived the night! Talk then turned to camping trips and what would be needed for it as well as discussions on different types of dwellings that people can live in.