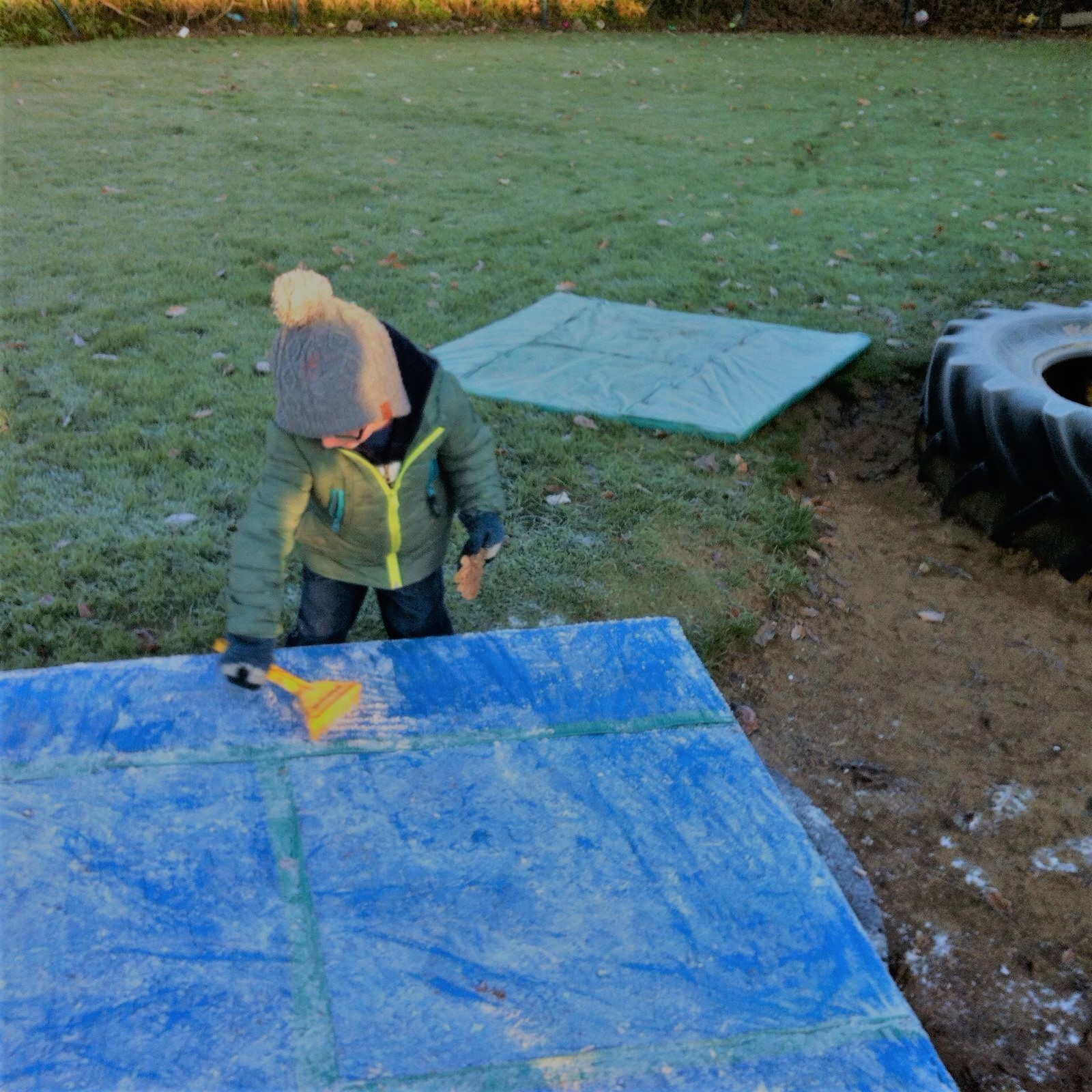 Adventure Room
Christmas talk is starting already! When some of the children came in this week they were talking about the Christmas lights being turned on in Cork and seeing Santa. Some of the kids wanted to paint so we asked them what colours and red or green where the chosen ones. Conor wanted to paint a Christmas tree on cardboard. Emma wanted green card like a Christmas tree and Leon chose red for Santa. Conor’s Mum commented how nice the painted cardboard was and told us how Conor was all talk about the Christmas Tree with the star and what he told Santa he wanted for Christmas.
Exploring Room
As we started to sing nursey rhymes two of the children went over to the music box and took out shakers to shake as we sang. Then other children wanted to join in so we emptied out all the musical instruments for them to choose which ones they wanted to play. Everyone played their instruments and banged the drums as we sang. Some of the children clapped and rocked to the music and songs. The next time we sing nursery rhymes we will have more homemade shakers and pots for the children to explore different sounds. Some parents told us they find singing nursery rhymes helps to calm the children if they are upset, while others love listening to music and making noise.
Discovery Room
This morning the outdoor play area in Crawford Childcare was covered in ice and Daniel observed that we now had an ice rink and he definitely wanted to go outside! Some children joined him in collecting ice into the wheel barrow and then putting it into the muddy puddles to see what would happen. More children began to join them and were very interested in exploring the ice. Olivia fell and slipped but Robyn helped her up again. Daniel found a large piece of ice and said I found glass!’ so we all talked about the ice and how similar it was to glass.