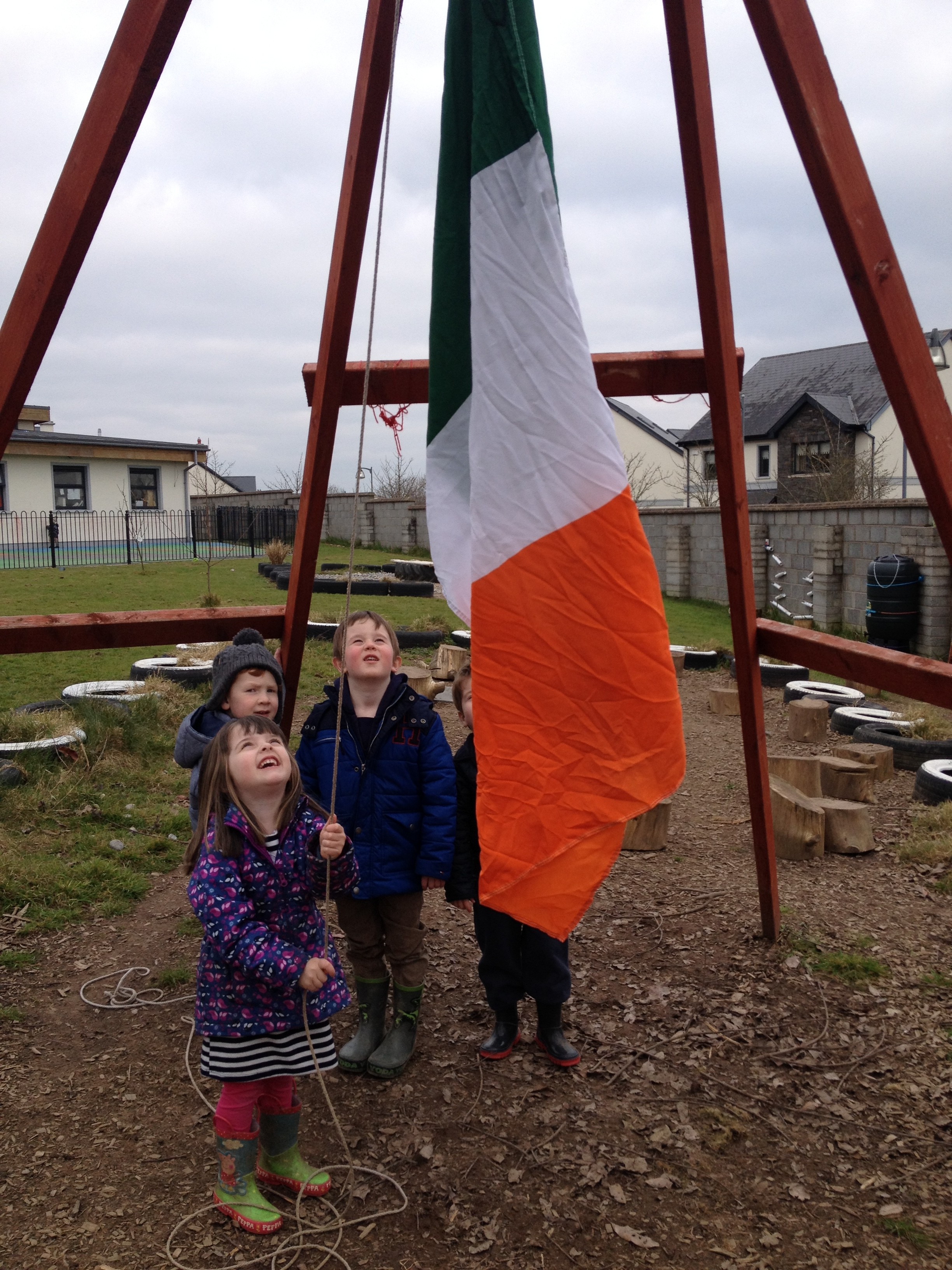 Although St Patrick's Day has now come and gone, for some of the children in the Discovery room, this week the celebrations have just begun. While some discussion and preparations for St Patrick’s Day began before the day, the holiday and excitement feels much more real after the event for the children after being to the parade.

There was great excitement the Friday morning after St Patrick’s when the children arrived in Crawford some still dressed in St Patrick’s Day costumes, others with shamrocks and flags painting on their cheeks. We heard stories of dancing leprechauns and marching bands and some of the children were also keen to demonstrate their marching skills to their friends.

Some of the children in the Discovery room were now very eager to make some St Patrick’s Day arts and crafts. Therefore we decided to make pictures of our St Patrick's Day by painting posters of parade marching, fireworks and even tiny leprechauns.

There were some big smiles in the Discovery room when some of the children showed off their beautiful St Patricks day pictures.

During a hike time we decided to take out the Irish Flag and have some fun flying it around the playground. The children took turns holding on to the edges of the flag and running around to see it flying like a kite in the wind. We discussed the different colours on the Irish flag and some enjoyed hooking it on to our rope and pulley outside and hoisting it high up into the air.

A LOT OF children were very excited seeing the Irish flag flying high over Crawford. Tess even gave us a beautiful rendition of “Ireland Ireland!” in her wonderfully loud singing voice.